When I arrived (around 11 AM), the kids were still working on their treasure hunt. Here, the kids were working together to put together the pieces of the puzzle to get to the next clue location. 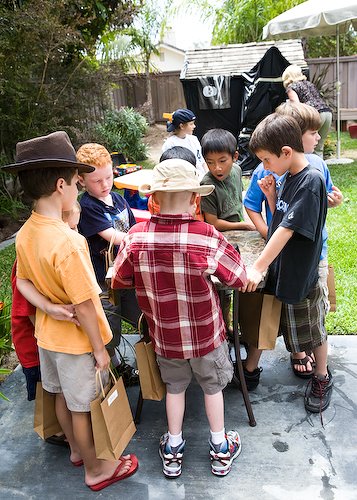 And here, they kids were traversing the alligator filled water, picking up two bombs (water balloons) on their way--bombs that were later used to throw at the masked bad guys (the parents). Max was the first one to make the attack on the bad guys. The kids had such a blast and it was so fun to watch. 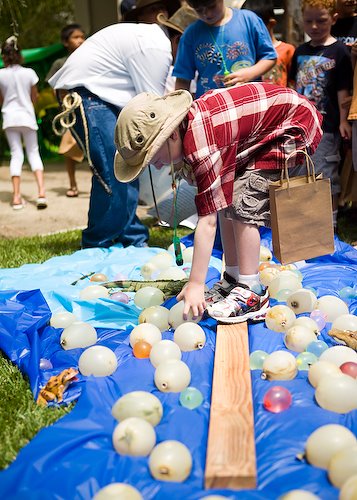 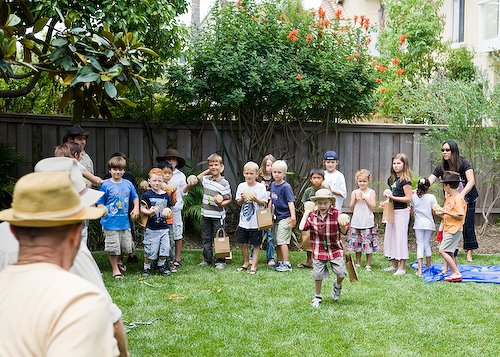 Next was putting together airplanes. Most of you probably know that Max is a WWII fanatic, with a huge love for WWII aircraft. Max needed to concentrate putting his together so he moved to the window sill (of course, I followed). After his plane was together, he snuck upstairs (a couple other kids followed) to throw his plane down...until Mom called all the kids back down. 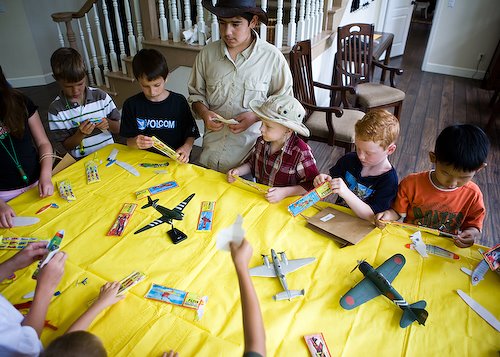 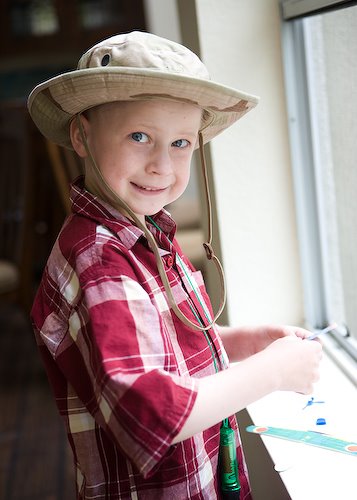 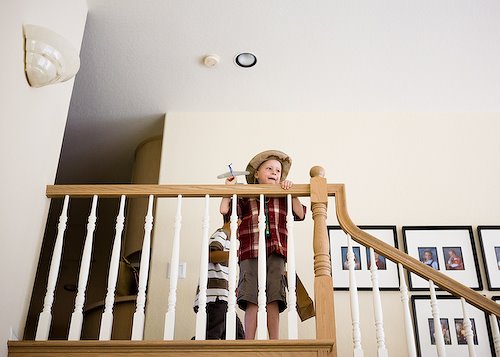 Then came the pinata. First, Mom laid down the rules. You can tell all the kids really enjoyed that part ;-) Of course, Max was first to bat. 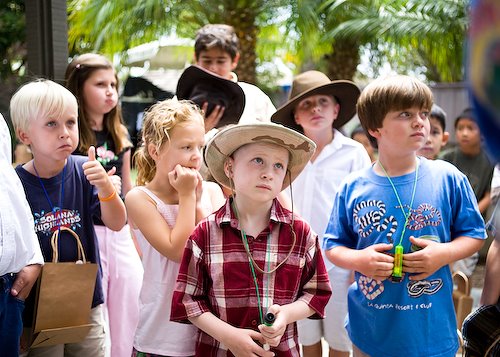 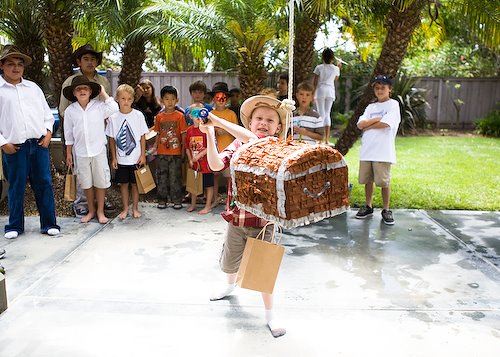 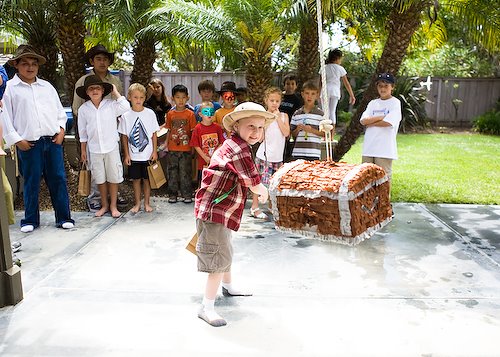 After Max's turn with the pinata was done, he went over to stand with his Mom and Dad. 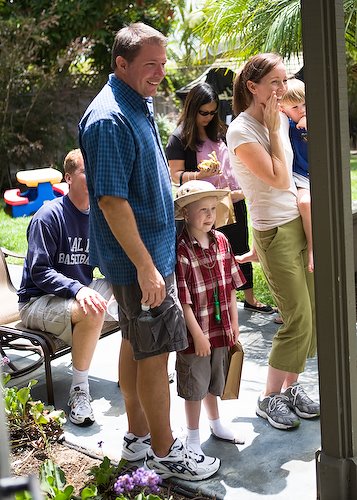 Then I saw Max go off to get this stool to sit on. My guess is that his feet and legs needed a little break (he mentioned that they were bothering him a bit earlier). 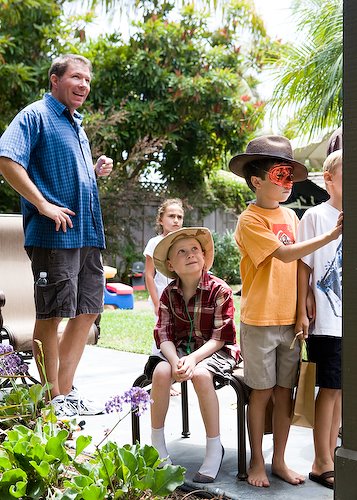 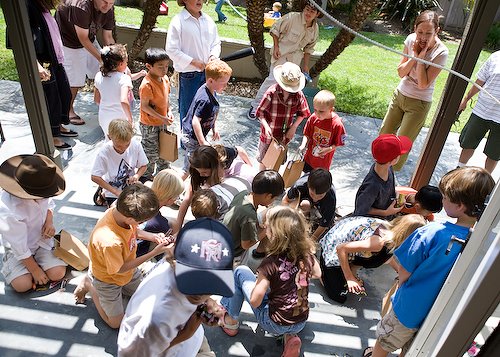 After the pinata, Max went to the lounge chair for some alone time...a little break. 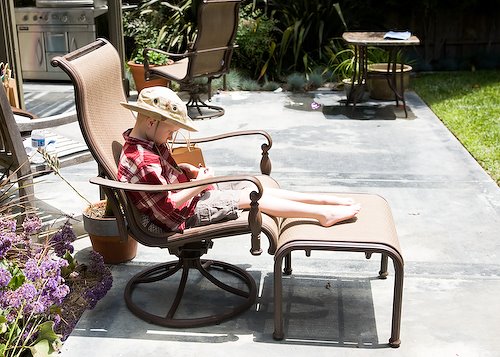 Time for the cake. Such a special moment--Max had so many wonderful expressions during the entire cake time. It was so wonderful to watch and capture. 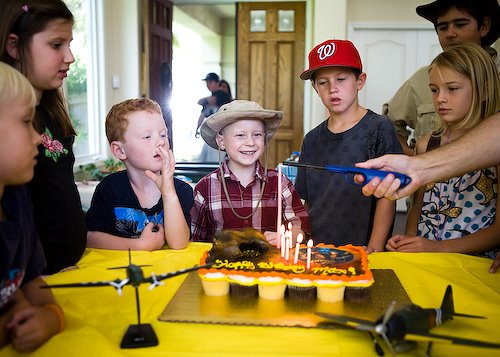 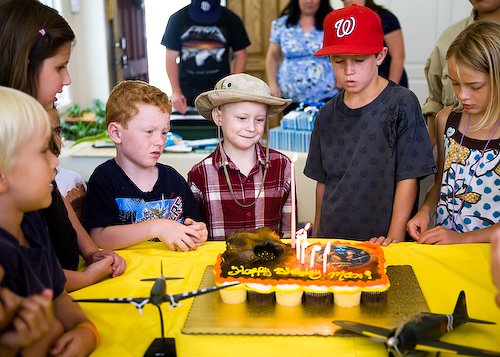 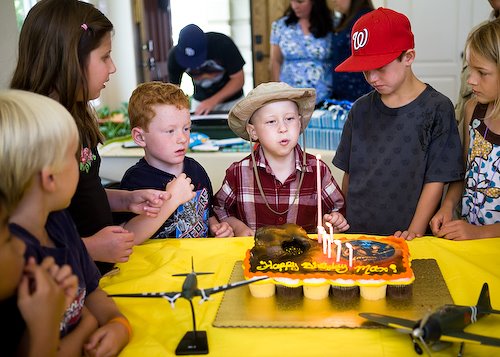 And then I think exhaustion hit. Max went off to this chair and was really quiet. He was messing with his stomach a bit and Mom came over and asked if his button was okay (he said it was). And Dad came over to check on him too. 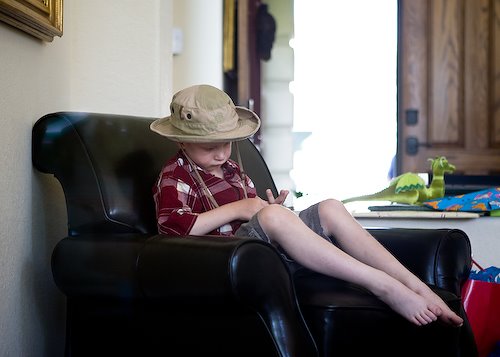 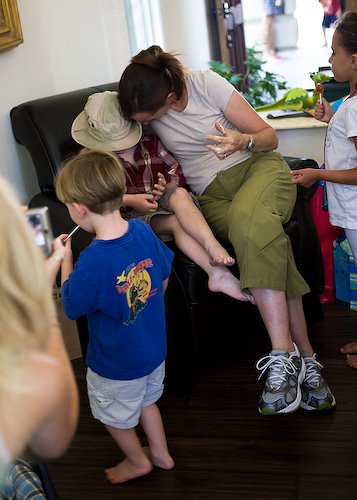 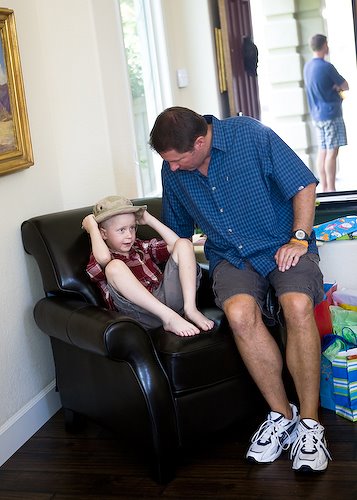 Soon, Max said that he was done with pictures. This is something that I respect, as I don't want him to get frustrated with my presence. I reminded Max that he never has to perform, smile or anything for my camera; he can always just do his own thing. He said he knew. I asked for that one last shot. Sure, he said...and gave me this, a shot I so adore. 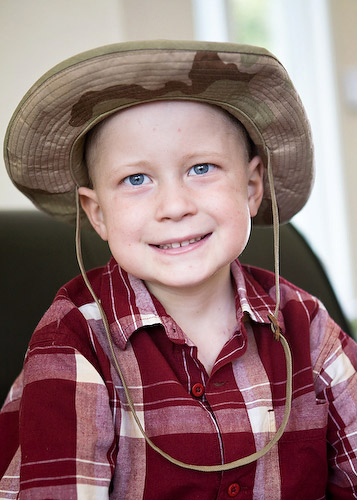 After that, I asked Max if I could take one last picture of his presents. He said yes. And I did. 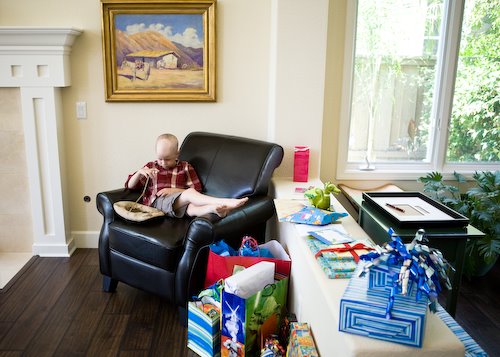 It was an amazing party, one that I'm so thankful that I was able to be at and capture for the Mikulak family. Happy, happy birthday Max!